Evidence that liver flushing is a scam

Since the LF supporters have tried their best to bury the evidence against liver flushing deep in massive threads I am putting evidence here making it easy for everyone to find so they can make rational decisions for themselves:

On fecal soaps, which includes soap stones, which are those big squishy blobs people are passing when doing the flushes but some claim do not exist:

"Lipids, especially milk fats, are thought by some to form insoluble soaps with calcium, reducing its bioavailability. However, although this chemical reaction is possible, it does not, in practice, interfere with calcium absorption [

4]. The dietary soaps are dissociated at the low pH of the stomach and cannot reform until they reach the ileum, which is beyond the main area of calcium absorption. Fecal soaps are formed from free long-chain saturated fatty acids and unabsorbed calcium. The saturated fatty acids in milk and cheese can displace calcium from phosphates in the ileum, forming less soluble soaps which are excreted, but this has no effect on the absorption of ingested calcium [22]."

"Frazer has analyzed possible mechanisms for promoting emulsification which will function under the conditions listed above. Bile salts, sometimes considered to be the only essential requirement for producing an emulsion, form only a crude emulsion, with low stability compared with that known to exist in the lumen of the gut. In the second place, soap has been considered as the component in the intestinal contents which renders possible the production of a stable emulsion.  It is true that soap is an excellent emulsifying agent in an alkaline solution, but it will not function at a pH on the acid side of 7.5. It has been suggested that so-called "acid soaps" cause emulsification, but Frazer discounts the effectiveness of such compounds, and indicates their complete ineffectiveness in the presence of calcium. Although the presence of cholesterol may enhance the emulsifying action of soap by the formation of soap/cholesterol complexes,  such changes will not alter the pH-conditioned character of the soap emulsion."

"It is well known that soaps may comprise a considerable proportion of the stools, especially in the case of subjects on high calcium diets and when abnormalities in fat absorption obtain."

"In normal feces, the fat content makes up a maximum of only 25 to  30% of the dried weight of the feces, and the neutral fat constitutes only about one-fourth of this total. When a bile deficiency occurs, the total fat may comprise as much as 70% of the total dried feces, but it consists almost entirely of fatty acids and soaps.  Such a deficient fat utilization results not from a failure in lipolysis, although this is slowed up, but rather from a failure to absorb the fatty acids and soaps in the absence of the solvent action of the bile salts."

"This disease also goes by the name of idiopathic steatorrhea. The stools are frequent and voluminous, containing a large proportion of fats, fatty acids, and soaps."

"It is now known that, in addition to the bile acids, the phospholipids and soaps in bile contribute to the emulsifying activity."

"The remaining 20% of gallstones are composed of calcium and an orange-yellow waste product called bilirubin."

If you watched my video series then you would have known that the blobs in this picture are inconsistent in color, texture and shape for real gallstones.  They also show no calcification for their size, which REAL gallstones of this size would have been heavily calcified and faceted.  In addition, it is physically impossible to pass REAL gallstones greater than 8mm in diameter since this is the maximum dilation of the bile ducts even with a bunch of magnesium to relax the ducts. Yet most of those blobs are in excess of 8mm.  Over all there is nothing about those blobs that even remotely make them look like real gallstones.  Just someone's wishful thinking.

stones inside a gallbladder...

This last photo also shows examples of soap stones produced by a "liver flush.  Again they lack all of the characteristics of real gallstones. 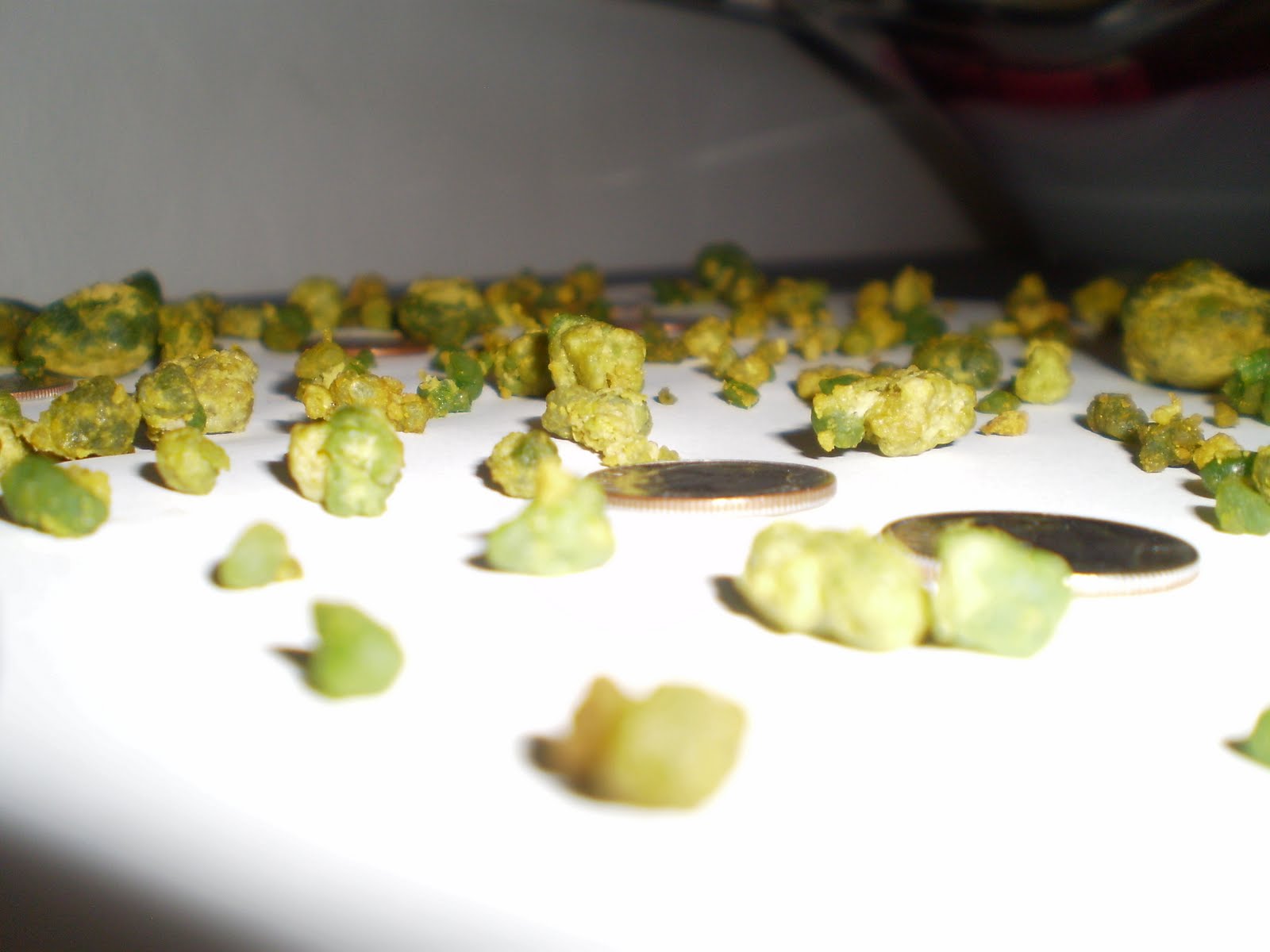