A member of the facebook Iodine group is having trouble with the soft tissue around her eyes swelling so I remembered this gem I dug up a while ago, also the efficacy of povidone iodine in blepharitis, also Orlee's assertation that "sleepies" are a symptom of iodine deficiency...

Making connections. It's well known that the NIS(sodium iodide symporter) is present in the lacrimal glands(tear ducts). What role iodine plays in the meibomian(tiny oil glands along the lash line) glands is not clear.

The author, never having had an opportunity of using iodine in that disease in which it has been so efficacious, goitre being extremely rare in that part of the country he inhabits, but being fully convinced of its powerful action upon the glandular system, he prescribed it in highly diseased states of that system with prudence and effect. 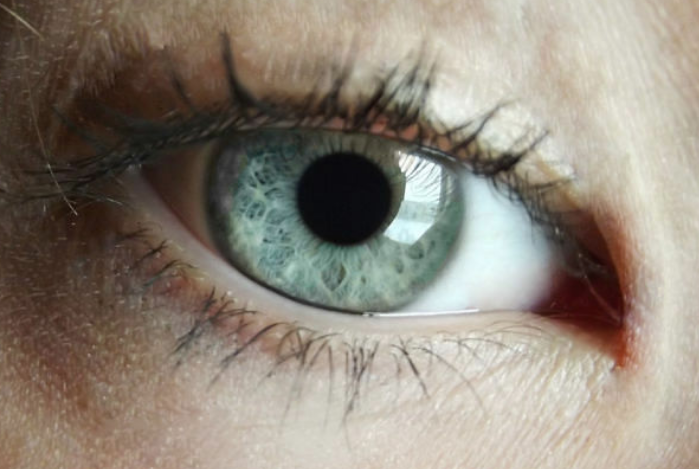 The medicine was exhibited in four cases of complete scrofula in subjects from six to twelve years of age; in all of whom there were evident symptoms of disease as early as their second and third years. The face was swollen and oedematous, abdomen enlarged and hard; the mesenteric glands were evidently increased in size, the glands of the neck hard and swollen; and in various parts of the body, but particularly upon the inner side of the legs, there was a moist, impetiginous, scrofulous eruption, which formed an acid fluid of so caustic a nature, that it inflamed and excoriated the parts liable to come in contact with it. In all these cases there was tinea capitis exedens, and in one the impetiginous eruption was situated on the right side of the face, extending from the eyelids to the under part of the chin; but in the three others, it occupied the inner side of either lower extremity, and the parts of generation. The most serious and troublesome symptom to contend with, was a severe scrofulous inflammation of both eyes; this was particularly distressing in the case of the girl of twelve years of age. Both her eyes had been almost entirely closed for three years; the conjunctiva and sclerotica membranes were greatly inflamed and very painful, and the eye-balls were so constantly covered all over with a puriform acrid lymph, that they could scarcely be seen, particularly of a morning, when the lymph was so abundant that the orbits appeared entirely filled with it. The eye-lids were generally sealed together; corrosive tears were continually flowing from the eyes; and the intolerance of light was so great, that the patient could not suffer it without the most distressing complaints. A physician, the author's predecessor, despaired of a cure, and pronounced the inevitable loss of both eyes. In this case, the eye-lids were hard, and swollen to the size of a pigeon's egg, and the eruption occupied the face and other parts of the body. During the long development and continuance of this disease, all the usual anti-scrofulous remedies were perseveringly used for months together, without any other results than partial and temporary amelioration of the disease, which invariably broke out with renewed vigour during the exhibition of the very same medicines, that appeared a little before to have opposed a barrier to its further progress. The muriate of barytes, aethiops, calomel and cicuta, acetated kali with the saponaceous extracts and the tincture of rhubarb, acorn coffee and violet tea for common drink, cinchona and the extract of madder, aromatic baths, and malt baths, were all tried with little or no advantage. Ointments of red precipitate and opium, of the white oxyd of zinc; eye waters of the muriate of mercury, and with opium, belladona and stramonium, were used conjointly with setons and perpetual blisters, but all without improving the state of the eyes. An ungtient of rose ointment and white oxyd of zinc checked for a time the eruption, and diminished its acrimonious discharge.


Under these unfavourable circumstances, all the best and most active remedies havingor only temporarily relieved, the author concluded to try the effect of the tincture of iodine, which, on foreign report, he had learnt, had been so useful in diseases of the glandular system. All medicines, except the white precipitate ointment for the eyes, were laid aside; and five drops of the tincture of iodine in barley or sugar water were given twice a day. The dose was increased one drop every two days until it amounted to ten drops, which quantity was administered regularly without further increase. No unpleasant symptoms arose from the use of the iodine, except that the appetite and digestion became impaired; the bowels were occasionally too much bound or too loose, and there was a flatulent swelling of the abdomen. Whether these symptoms were accidental, or the effects of the iodine, cannot be determined; but they were relieved by an infusion of quassia with cinnamon and the elix. Aurantior, comp.The beneficial action of iodine was most striking and rapid in this case, for by the fourteenth day there was a general and evident improvement in the state of the patient; the inflammation of the eyes had diminished much; the puriform discharge from them was less, milder and thicker; the patient could now look at the light without suffering the previous intolerable pain and plentiful effusion of tears; the rolling of the palpebrx had disappeared; the cutaneous eruption was considerably better, and the general habit of body was greatly improved. In four weeks from the beginning of this course of medicine, the change for the better was very great; at this time the ophthalmia and the puriform discharge were no longer present, the eyes were a little weak, and the lids were slightly disposed to agglutination during sleep; these symptoms yielded to a collyrium of rose water and tincture of opium. The iodine was continued in doses of ten drops twice every third day for four weeks longer, when its use was suspended, there being no longer any traces of scrofula. In order to invigorate the constitution, and destroy all tendency to the disease, an infusion of cinchona, with extracts of cinchona, (prepared without heat,) madder, and acetate of potash, was prescribed, and continued for some months. At first, the infusion was taken every second or third day, in the dose of three tablespoonfuls; but at a later period, it was taken in the same quantity about once a week.  With the same view of strengthening the system, the patient was directed to take twelve baths, prepared with Rad. Calami. Baccae and Herb. Juniper, Herb. Sabinx, and afterwards twelve of malt. By these means, a complete and radical cure was effected, and the patient is now (eighteen months since the suspension of all medicines) a strong, fresh and blooming girl. 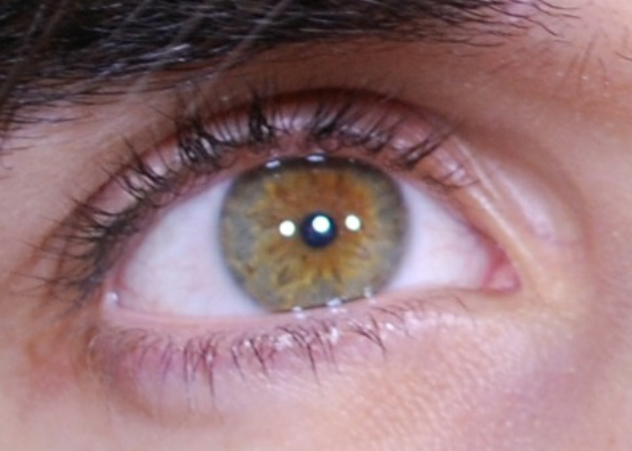 In the other three cases, the scrofulous diathesis was equally developed, and had produced the same diseased appearances as in the case already described; and in these also, the usual remedies had been used for years without effect, but they were radically cured by the tincture of iodine, which, on account of the youth of the subjects, was at first given in doses of two drops twice a day, and increased one drop a dose every second day till eight drops were taken twice a day. In none of these cases did the author perceive any bad effects from the iodine; they were all cured in a space of from six to ten weeks.
Establishing his opinion upon the success of iodine in the four cases above, the author concludes that it is the most effectual and certain remedy in confirmed and fully developed scrofula, which we know of, particularly when the eyes are much inflamed, and the glandular system greatly diseased. In cases of more partial and recent scrofula, the usual remedies are alone sufficient, and indeed preferable to the iodine; but when the eyes, the skin, and the glands, are diseased, it is particularly indicated.


Johann Zahn's illustrations just thrown in there because they're really cool.


text source: The Medical Recorder: Of Original Papers and Intelligence in Medicine and Surgery, 1826


Advertisement
Beautiful Skin From Powerful Oils and Roses
Remove signs of aging by renewing skin cells with the power of organic oils d...