I have had less than normals poo's for about 2 weeks now, they have been on the soft side and smell extra foul but today I found this dark brown thing in my poo. 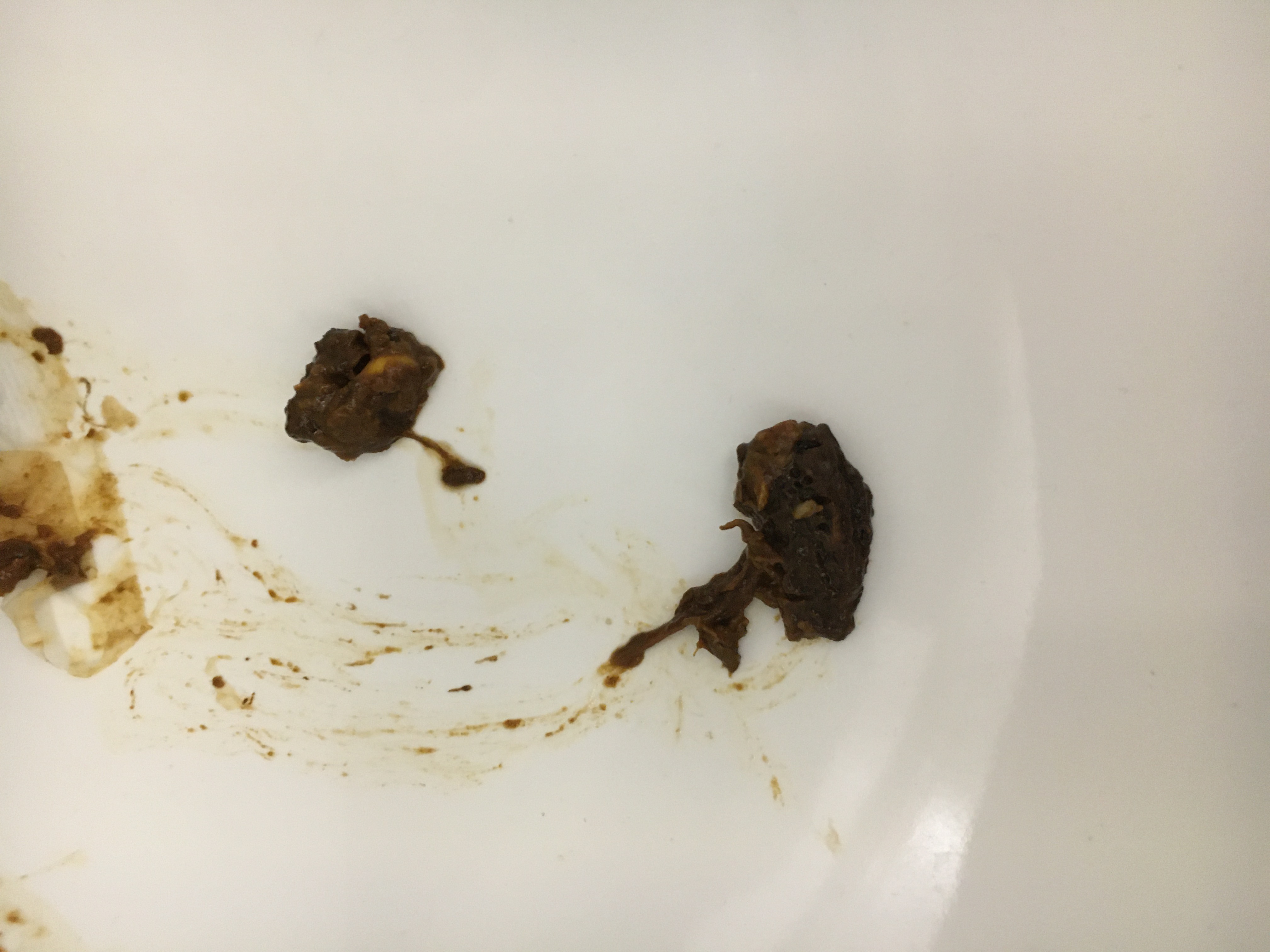 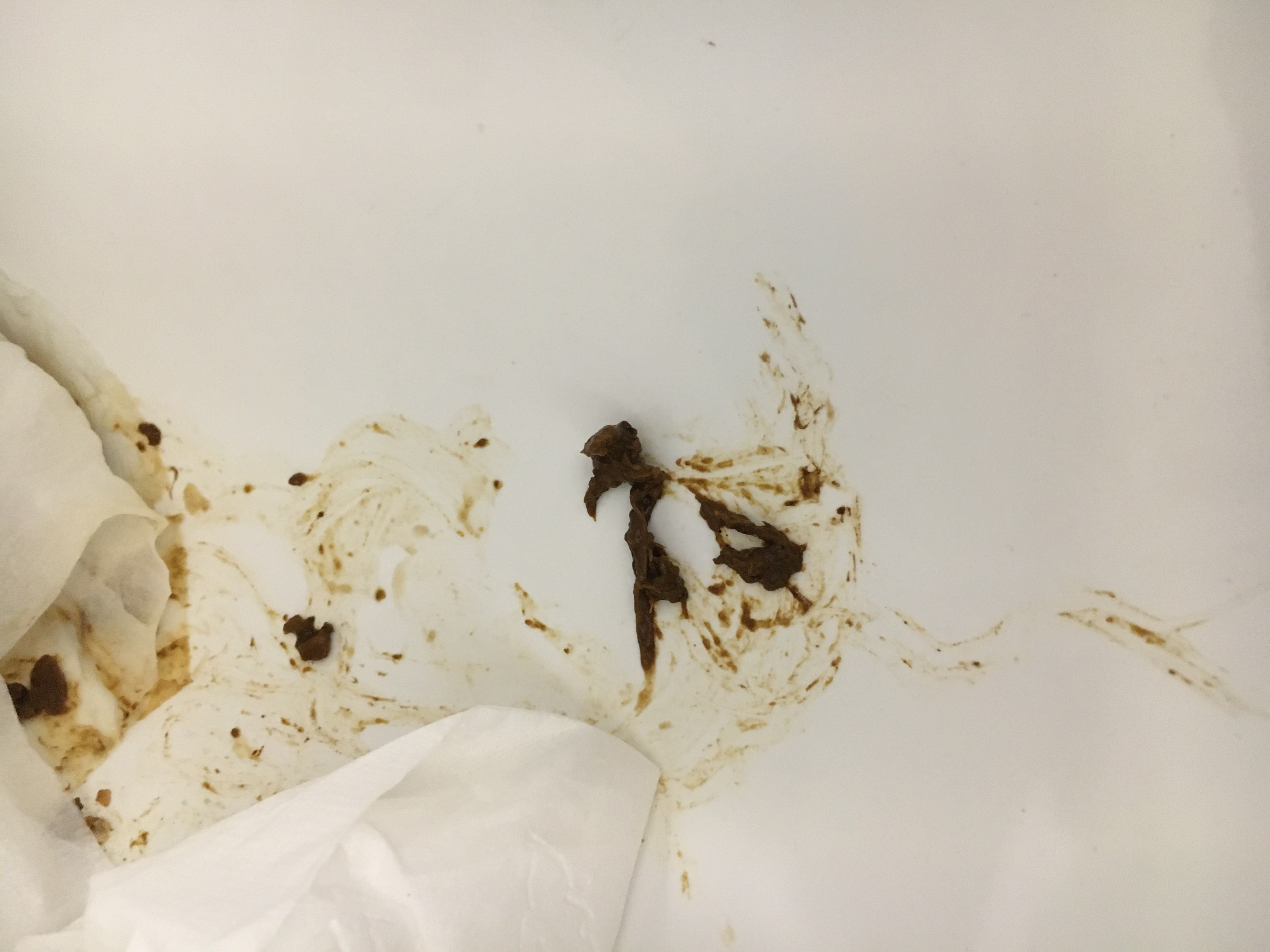 There were other dark spots in my poo which i assume was the same as the big brown thing but i couldnt get them out as they were far deep in the toilet.

Yesterday I had a diarrhea poo. It had no structure and I couldnt even really see it as it made the water brown. It had some foam or bubbles on top though which was weird and when I poked it a bit it kind of all moved together it was connected with this slimy stuff I thought maybe it could be mucus although I didnt inspect it much.

About 4 days ago I came into contact with dirty fresh water although I didnt drink or get any in my mouth I did get the water on me and my hands, I thought that would be worth noting.