You Are Beyond The Polarities. That 3rd State Is Samadhi.
Yoga Support Forum

You Are Beyond The Polarities. That 3rd State Is Samadhi. 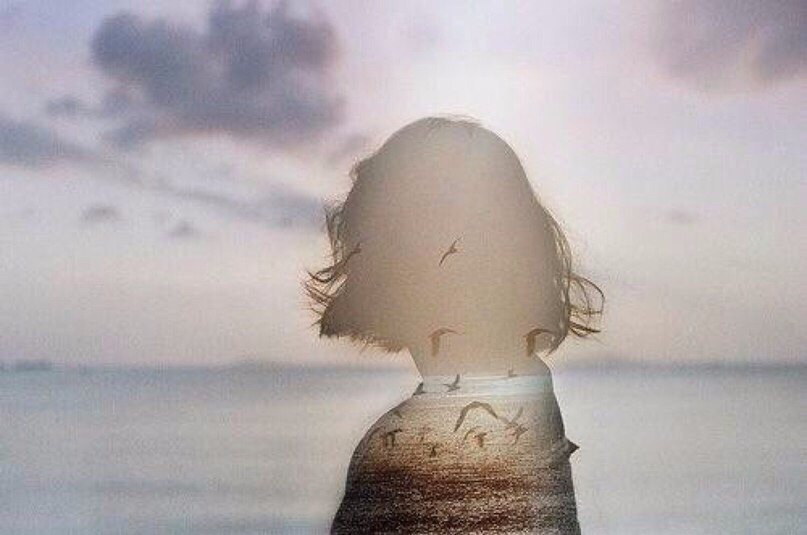 When the subject disappears in the object, when the object disappears in the subject, when there is nothing to look at and there is no looker-on, when simply the duality is not there, a tremendously potential silence prevails. You cannot say what exists, because there is nobody to say. You cannot make any statement about samadhi, because all statements will fall short. Because whatsoever you can say either will be scientific or will be poetic. Religion remains inexpressible, elusive.

Buddha also chooses the scientific terminology. Lao Tzu, Jesus, they choose the poetic terminology. But both are terminologies. It depends on the mind. Patanjali is a scientific mind, very rooted in logic, analysis. Jesus is a poetic mind; Lao Tzu is a perfect poet, he chooses the way of poetry. But remember always that both ways fall short. One has to go beyond.

When the mind becomes one with the object, there is no one who is a knower and there is none who is known. And unless you come to know this -- this knowing which is beyond the known and the knower -- you have missed your life. You may have been chasing butterflies, dreams, maybe attaining a little pleasure here and there, but you have missed the ultimate benediction.


A jar of honey having been upset in a housekeeper's room, a number of flies were attracted by its sweetness. Placing their feet in it they ate greedily. Their feet, however, became so smeared with honey that they could not use their wings nor release themselves and were suffocated. Just as they were expiring, one of them exclaimed, "Ah, foolish creatures that we are, for the sake of a little pleasure we have destroyed ourselves."

In collecting pebbles and shells on the seashore you may miss the utterly blissful treasure of your being. Remember this. This is happening. Only rarely somebody becomes aware enough not to be caught in this ordinary imprisonment of life.

I am not saying don't enjoy. The sunshine is beautiful and the flowers also and butterflies also, but don't get lost in them. Enjoy them, nothing is wrong in them, but always remember, the tremendously beautiful is waiting. Relax sometimes in the sunshine, but don't make it a life-style. Sometimes relax and play with pebbles on the seashore. Nothing is wrong in it. As a holiday, as a picnic, it can be allowed, but don't make it your very life then you will miss it.

I have heard, it happened once:

A railway employee accidentally trapped himself in a refrigerator car. He could neither escape nor attract the attention of anybody to his sad plight, so he resigned himself to a tragic fate. The record of his approaching death was scribbled on the wall of the car in these words:

"I am becoming colder. Still colder now. Nothing to do but wait. These may be my last words." And they were.

When the car was opened, the searchers were astonished to find him dead. There was no physical reason for his death. The temperature of the car was a moderate fifty-six degrees. Only in the mind of the victim did the freezing apparatus work. There was plenty of fresh air; he had not suffocated.

The real has to be sought. And the only way to reach it is, first, drop too many objects, let there be one object: second, drop all distractions. Let your consciousness fall on that object in an uninterrupted flow. And the third happens by itself. If these two conditions are fulfilled, samadhi happens on its own accord. Suddenly one day the subject and object both have disappeared: the guest and the host both have disappeared: silence reigns, stillness reigns. In that stillness, you attain to the goal of life.

Such a beautiful definition of samyama. Ordinarily, samyama is thought to be a discipline, a controlled state of character. It is not. Samyama is the balance which is attained when subject and object disappear. Samyama is the tranquillity when the duality is no more within you and you are not divided and you have become one.

One man wrote me a letter and he said. "Today I attained five minutes of reality."

"And how did it happen?" I inquired. He said that he had been ill for a few days.

And this is unbelievable, but this is true that, to many people in illness, sometimes the tranquillity comes -- because in illness your ordinary life is stopped.

For a few days he was ill and he was not allowed to move out of the bed, so he was relaxing -- nothing to do. Relaxed, after four, five days, suddenly one day it happened. He was just lying down, looking at the ceiling and it happened -- those five minutes of reality. Everything stopped. Time stopped, space disappeared. There was nothing to look at, and there was nobody to look. Suddenly there was oneness, as if everything fell in line, became one piece.

To a few people it happens while they are making love. A total ogasm, and after the ogasm everything silences, everything falls into line... one relaxes. The frozenness is gone, one is no longer tense, the storm is gone, and the silence that comes after it... and suddenly there is reality.

Sometimes walking in the sun against the wind, enjoying. Sometimes swimming in the river, flowing with the river. Sometimes doing nothing, just relaxing on the sand, looking at the stars, it happens.

But those are just accidents. And because they are accidents, and because they don't fit in your total style of life, you forget them. You don't pay much attention to them. You just shrug your shoulders, and you forget all about them. Otherwise, in everybody's life, sometimes, reality penetrates.

Yoga is a systematic way to reach to that which sometimes happens only accidentally. Yoga makes a science out of all those accidents and coincidences.

The three taken together constitute samyama. The three -- concentration, meditation, and samadhi -- are as if they are the three legs of a three-legged stool, the trinity.

Those who attain to this trinity of concentration, meditation and samadhi, to them happens the light of higher consciousness.

"By mastering it, the light of higher consciousness." Once you master these three inner steps, the light becomes available to you. And when the inner light is available you always live in that light: "At dusk the cock announces dawn. At midnight, the bright sun." Then even in the midnight there is bright sun available; then even at dusk the cock announces dawn.

When you have the inner light there is no darkness. Wherever you go your inner light moves with you -- you move in it, you are it.

Remember that your mind always tries to make you satisfied wherever you are; the mind says there is nothing more to life. The mind goes on trying to convince you that you have arrived. The mind does not allow you to become divinely discontent. And it always can find rationalizations. Don't listen to those rationalizations. They are not real reasons, they are tricks of the mind, because the mind does not want to go, to move. Mind is basically lazy. Mind is a sort of entropy: the mind wants to settle, to make your home anywhere but make your home; just settle, don't be a wanderer.

It happened one night:

A policeman was watching a very drunken man vainly trying to fit his house key into a lamp post.

"That is where you are wrong," replied the fuddled man. "There is light upstairs."

The mind is very much fuddled and drunken. It goes on giving reasons. It says, "What more is there?"

Just a few days before, a politician came to me. He said, "Now what more is there? I was born in a small village to a poor family, and now I have become a Cabinet Minister. What more is there to life?"

Unless you become a god! Take rest sometimes by the way, but always remember: it is only a night's rest; by the morning we go.

There are a few people who are satisfied with their worldly achievements. There are a few more who are not satisfied with their worldly achievements but who are satisfied by the promises of the priests. Those, the second category, you call religious. They are also not religious -- because religion is not a promise. It has to be attained. Nobody else can promise you; you have to attain it. All promises are consolations and all consolations are dangerous, because they are like opium. They drug you.

At an examination of a class in first-aid, a priest was asked (he was also taking the training of first-aid), "What would you do if you found a man in a fainting condition?"

"I would give him some brandy," was the answer.

"And if there was no brandy?"

"I would promise him some." said the priest.

The priest has always been saying that. The priests are the great promisers -- they go on issuing promissory notes. They go on saying, "Don't be worried. Donate, make a church, give money to the poor, make a hospital, this and that, and we promise you."

Yoga is self-effort. Yoga has no priests. It has only Masters who have attained by their own effort -- and in their light you have to learn how to attain yourself. Avoid the promises of the priests. They are the most dangerous people on earth, because they don't allow you to become really discontent. They go on consoling you; and if you are consoled before you have attained, you are cheated, you are deceived. Yoga believes in effort, in tremendous effort.

One has to become worthy. One has to EARN God; you have to pay the cost.

Someone once asked the former Prince of Wales, "What is your idea of civilization?"

"It is a good idea," replied the prince. "Somebody ought to start it."