When the house is on fire you just come out of it. No need to ask "how".
Yoga Support Forum

When the house is on fire you just come out of it. No need to ask "how".

HOW TO SURRENDER IF I AM AFRAID OF MYSELF?
AND MY HEART IS PAINING.
WHERE IS THE DOOR OF LOVE?

You go on clinging to it because, still, you are cherishing a dream through it. You have not understood the misery of it; you are still hoping that there may be some treasure in it.

I have heard an anecdote.

There was a professor of philosophy, a very absentminded man, as philosophers are, almost always tend to be -- absentminded. Not that they have attained to no-mind because their minds are occupied so much that they are absent from everywhere else. They are only in the heads. He mislaid everything. One day he returned home without his umbrella, and his wife tried to get some indication from him of where to look for it: "Tell me," she said, "precisely, when did you first miss it?"

"Tell me." she said. "precisely, when did you first miss it?"
"My dear," he replied, "it was when I put my hand up to let it down after a short shower. Then I realized it is not there."

You are clinging, and you ask how to drop it. And the clinging mind will start clinging to the technique. Please, don't ask the "how"; rather, search with yourself -- why you are clinging. What has it given to you up to now, your ego? Has it given anything except promises? Has it fulfilled any promise ever? Are you going to be deceived by it forever and forever? Have you not been deceived by it enough by now? Are you still not contented? Are you still not aware that it is not leading you anywhere, just in a whirlpool you go round and round and round, hoping the same old dreams? Every time you get frustrated you don't see that from the very beginning the promise was false. The moment you get frustrated, again you start dreaming a new hope and The ego goes on promising you.

The ego is impotent. It can only promise; it can never deliver. Look into it. And on the way, between promise and no delivery, in between the two much suffering, much frustration, much misery.

The hell that you have heard about is not part of geography, it is not underneath earth. It is just underneath your ego. When you become aware of the misery of the ego, you don't cling, that's all. I don't say you drop you don't cling. Immediately surrender happens. Surrender is the absence of the ego.

But you never ask, "Why do I cling to the ego?" You ask. "How to surrender?" You ask a wrong question. And, then, there are a thousand and one things which people go on saying to you. Then you cling to them. You are clinging to so many so-called methods, techniques, philosophies, religions, churches. Just to drop one ego you have created three hundred religions in the world. Just to drop one small ego. And millions of techniques and methods, and thousands and thousands of books are being written continuously how to drop it. And the more you read, the more you become knowledgeable, the less is the possibility to drop it -- because now you have more to cling to. Now your ego is also so much more decorated....

I was reading the autobiography of a very well-known novelist. 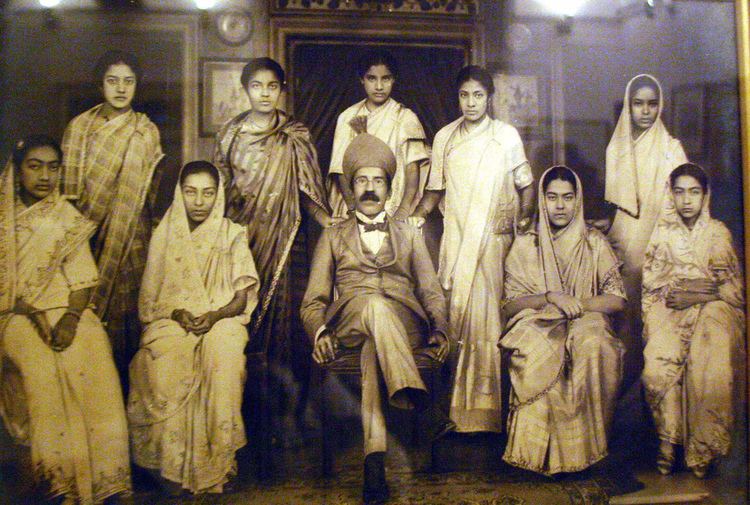 In India there was one man, he died a few years before - Nizam of Hyderabad. He was the richest man in the whole world. Your Rockefellers and Fords are nothing. He was the richest man in the world. In fact nobody knows how much he had exactly because all his wealth consisted of millions of diamonds. In seven big halls the diamonds were put; the halls were completely full. Even he was not aware of the exact number. But the man was a great miser -- you cannot believe. You will simply say that I am lying. He was such a miser that when guests will come and they will leave their half cigarettes on the ashtray, he will collect them and smoke them. You will not believe me, but this is a truth.

When he became Nizam of Hyderabad, he was enthroned, he used the same cap for forty years. That was the dirtiest cap in the world. It was never washed because he was afraid it may be destroyed. He lived the life of a very poor man, but he used to say to his people. "I am a simple man. Maybe I am the richest man, but I live the life of a poor man." But he was not poor. He was simply a miser! He used to say that because he is not attached to things and worldly exhibitions, that's why he lives such a simple life. He used to think himself a sadhu, a fakir. He was not. He was the most miserly man ever, the richest and the most miserly. But for his miserliness, He will find rationalizations.

He was so afraid, so superstitious.... He used to pray and he used to pretend that he is a great prayer. But he was not; he was simply afraid. In the night he used to sleep with a peculiar thing. He had a big pot which he used to fill with salt, and in the pot he will put one of his feet -- the whole night. Because Mohammedans have an idea that if your feet are touching salt, ghosts cannot trouble you.

How can this man pray? One who is so afraid of ghosts, how can he love God? Because one who loves God, his fear disappears. But he deceived many people. Or, even if he didn't deceive many people, he deceived himself at least.

If you still feel that the ego is going to deliver some heaven for you, then wait -- no need to surrender. If you feel that all promises are false and the ego is a deceiver, then what is the need to ask 'how to surrender?' Don't cling. In fact, once you know that this is fire, you drop it. It is not a question of not clinging. You simply drop it. When you come to know that your house is on fire, you don't ask anybody how to get out.

I was staying in a house, and just in front of the house a house caught fire. It was a three-storied house, and one fat man who used to live on the third story was trying to jump from the window. The whole crowd was saying, "Don't jump! We are bringing a ladder!" But who listens when the house is on fire? He jumped. He could not even wait for the ladder. And there was no danger yet because the fire was just on the first story. To reach to the third it would have taken time, and the ladder was being brought, and the whole crowd was shouting at him, "Wait!!" But he couldn't listen. He jumped and broke his leg.

Later on I went to see him and I asked, "You did a miracle. You didn't ask how to jump. Have you ever jumped from three-story buildings before?"
He said, "Never."
"Have you ever practiced?"
He said, "Never."
"Any rehearsal?"
He said, "What are you talking about! This is for the first time!"
"Did you consult any book? You asked for a teacher? You inquired of somebody?"
He said, "What are you talking about? I could not even wait for my wife to come, my children to come, and I couldn't even understand why the people were shouting so much. Only later on, when I was lying on the ground, then I could understand that they were bringing a ladder."

But at ease, comfortably, conveniently, you ask, "How to surrender?" There is no "how" to it. Just look at the misery that the ego creates. If you can feel it you will come out of it. Period.

"And my heart is paining." It is bound to be so. With the ego there is going to be much pain.