Nirodha - The Space Between Thoughts.

This sutra is very, very significant for you because you can immediately use it. Patanjali calls it nirodh. Nirodh means a momentary suspension of the mind, a momentary state of no-mind. It is happening to you all, but it is very subtle and the moment is very small. Unless you are a little more aware, you will not be able to see it. First let me describe what it is.

Whenever a thought appears in the mind, the mind is covered with it like a cloud appears in the sky. But no thought can be permanent. The very nature of thought is to be nonpermanent; one thought comes, it goes: another thought comes and replaces it. Between these two thoughts there is a very subtle interval. One thought goes, another has not come yet that is the moment of nirodha -- subtle interval when you are thoughtless. One cloud has passed, another has not come yet, and the sky is open. You can look at it.

Just sitting silently, watch. Thoughts go on coming like traffic on the road. One car has passed, another is coming -- but between the two there is a gap and the road is vacant. Soon the -other will come and the road will again be full and will not be empty. If you can look between the gap that exists between two thoughts, you are for a moment in the same state as when somebody comes to realize samadhi -- a momentary samadhi, just a glimpse. Immediately it will be filled by another thought which is already on the way.

Watch. Watch carefully. One thought going, another coming, and the gap between: in that gap you are exactly in the same state as one who has attained to samadhi. But your state is just a momentary phenomenon. Patanjali calls it nirodh. It is momentary, dynamic, it is changing all the time. It is a flux-like thing; one wave going, another coming; between the two... no wave. Just try to watch it.

This is one of the most significant meditations. There is no need to do anything else. You can just sit silently and you can go on watching. Just look in the gap. In the beginning it will be difficult. By and by you will become more alert and you will not miss the gaps. Don't pay attention to the thoughts. Focus yourself for the gap, not for the thoughts. Focus yourself when the road is vacant and nobody is passing. Change your gestalt. Ordinarily we focus on thoughts and we don't focus in between.

A great yoga Master was teaching about nirodh to his disciples. He had a blackboard. On the blackboard, with a white chalk, he made a very small point, just visible, and then he asked his disciples, "What do you see?" They all said, "A small white point." The Master laughed. He said, "Nobody can see this blackboard? All are seeing only the small white point?" 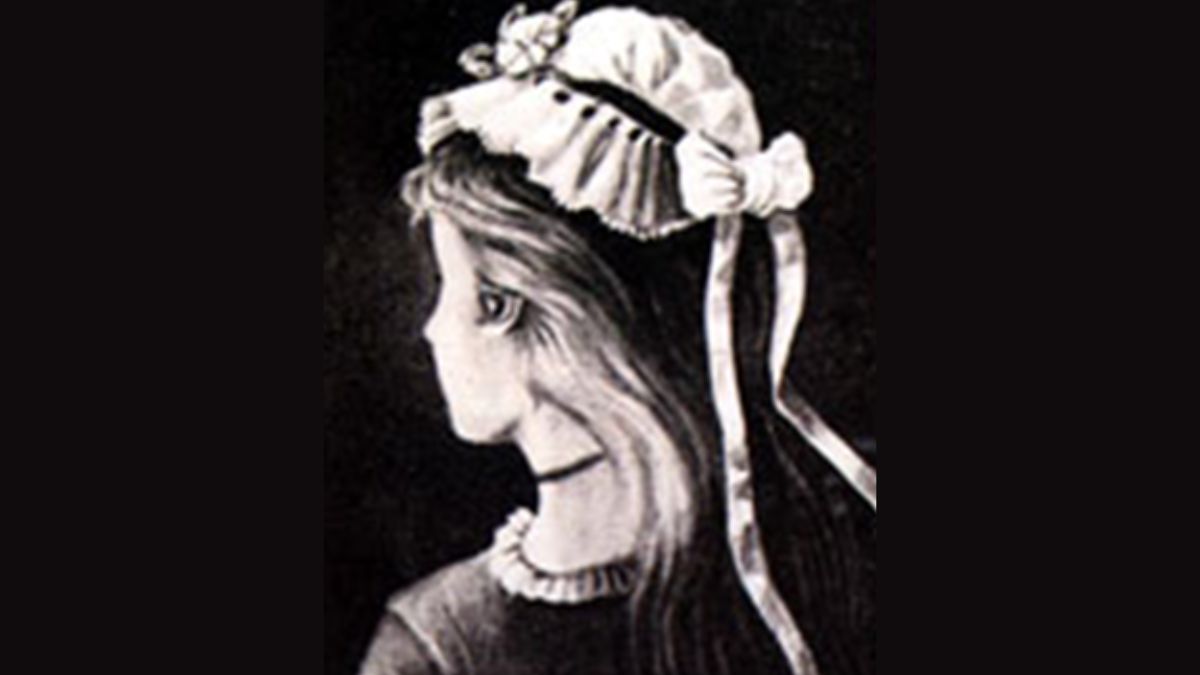 Have you looked in children's books? There are pictures, pictures which are very, very meaningful to be understood. In a certain picture there is a young woman, you can see it, but in the same lines, in the same picture, there is hiding an old woman. If you go on looking, go on looking, suddenly the young woman disappears and you see the old woman's face. Then you go on looking at the old woman's face -- suddenly it disappears and again the young woman's face appears. You cannot see both together: that is impossible. You can see one face one time, another face another time. Once you have seen both the faces, you know very well that the other face is also there, but still you cannot see it together. And the mind is constantly changing, so one time you see the young face, another time you see the old face.

And that taste is needed in order to go on, because whatsoever I say, whatsoever Patanjali says, can only become meaningful to you when you have already tasted something of it. If once you know the gap is blissful, a tremendous bliss descends -- just for a moment, then it disappears -- then you know if this gap can become permanent, if this gap can become my nature, then this bliss will be available as a continuum. Then you start working hard.

Just ten years ago, an inventory was made of the Imperial Japanese Jewels. The royal treasure has been kept in a guarded building called the Soshuen. For nine hundred years the jewels had rested in that palace. When a string of amber beads was examined, one bead in the center of the string appeared to be different from the others. The accumulated dust of centuries was washed off the beads and the center stone was examined with deep curiosity. The examiners found a treasure within a treasure. The special bead was not made of common amber as were the other beads. It was a high quality pearl of pink-green color. For hundreds of years, the unique pearl had been mistaken for a piece of amber, but no longer.

No matter how long we have lived in a mistaken identity, self-examination can reveal our true and tranquil nature.

Once you have a glimpse of the reality that you are, then all false identities which have existed for centuries suddenly disappear. Now, no longer can you be deceived by those identities. This nirodh parinam gives you the first glimpse of your real nature. It gives you a glimpse, behind the layers of dust, of the real pearl. The layers of dust are nothing but layers of thought, impressions, imaginations, dreams, desires -- all thoughts.

Once you can have one glimpse, you are already converted. This I call conversion. Not when a Hindu becomes a Christian, not when a Christian becomes a Hindu, that is not a conversion. That is moving from one prison to another prison, The conversion is when you move from thought to no-thought, when you move from mind to no-mind. The conversion is when you look in nirodh parinam, when you look between two thoughts and suddenly your reality is revealed -- almost like a lightning. Then again there is darkness, but you are not the same. You have seen something you cannot forget now. Now you will be searching again and again.

This is what the following sutra says:

For centuries, people have wondered what he really meant. A Thousand and one explanations are possible because the sentence is very cryptic, but the way I look into it and the meaning that I think into it is that if you go into your own heart, that is the shortest, the most shortcut way to reach to Jesus' heart. If you go into your own heart, if you go withinwards, you will come closer to Jesus.

And, whether Jesus is alive or not, you have to look withinwards, you have to seek the source of your own life; and then you will know that Jesus can never be dead. He is eternal life. He may disappear from this body on the cross; he will appear somewhere else. He may not appear anywhere else, but then too he will remain for eternity into the heart of the whole.

When Jesus said, "Friend, there is a shorter road to my heart than that." he meant "Go withinwards. Look into your own nature, and you will find me there. The kingdom of God is within you." And it is eternal. It is unending life; it is deathless life.

If you look into nirodh, you will look into deathless life, life that has no beginning and no end.

Once you drop it, you are there no more... only God is. This is seedless samadhi.

Yoga: The Alpha and the Omega, Vol 7
Chapter #3
Chapter title: The inside of the inside
3 January 1976 am in Buddha Hall