Watching that video I kept looking for the knives in the keyboard that Lemmy gave to Keith Emerson. Didn't see them.

Emerson's style of playing on the L-100 changed dramatically after he saw the virtually unknown organ player and entertainer, Don Shinn at the Marquee Club in August of 1966 (Emerson 2003:54). Shin would dress like a schoolboy and drink whisky from a teaspoon. During a performance, the back of his Hammond fell off and caused Shin to break out a screwdriver in an attempt to fix it. While the crowd was busy laughing, Emerson thought, Theres something there (Prasad 2015). Emerson notes:

"I realized from watching Don that you could sustain notes on the Hammond by sticking things in the keyboard. At first, I started doing it with a screwdriver when I was with The Nice. Then I thought, rather than stick a screwdriver in it, Ill get a knife. We had a roadie, who was none other than Lemmy from Motorhead. He said If youre going to use a knife, use a proper one. He then gave me two Hitler Youth daggers. That was the start of that" (Prasad 2015). 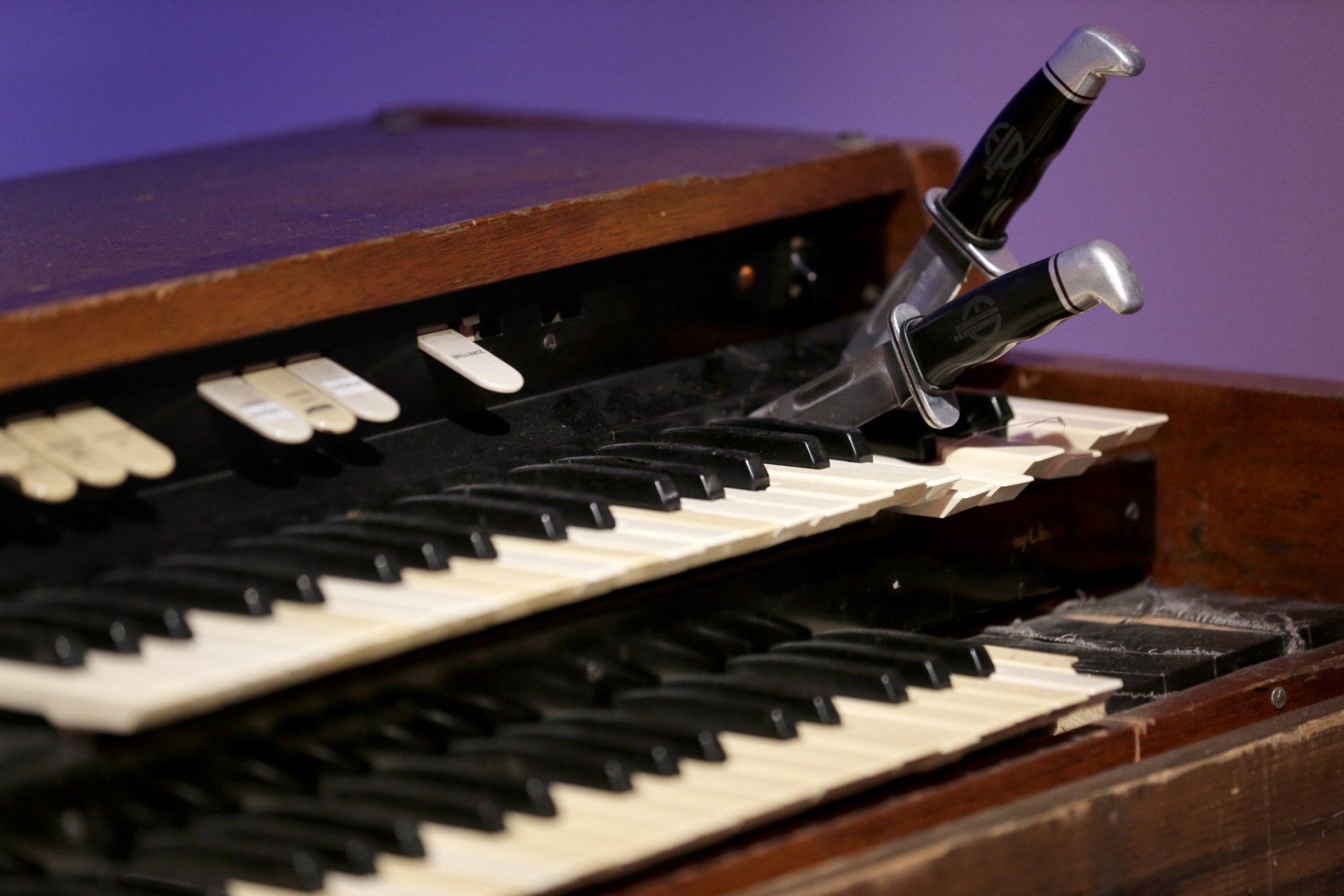